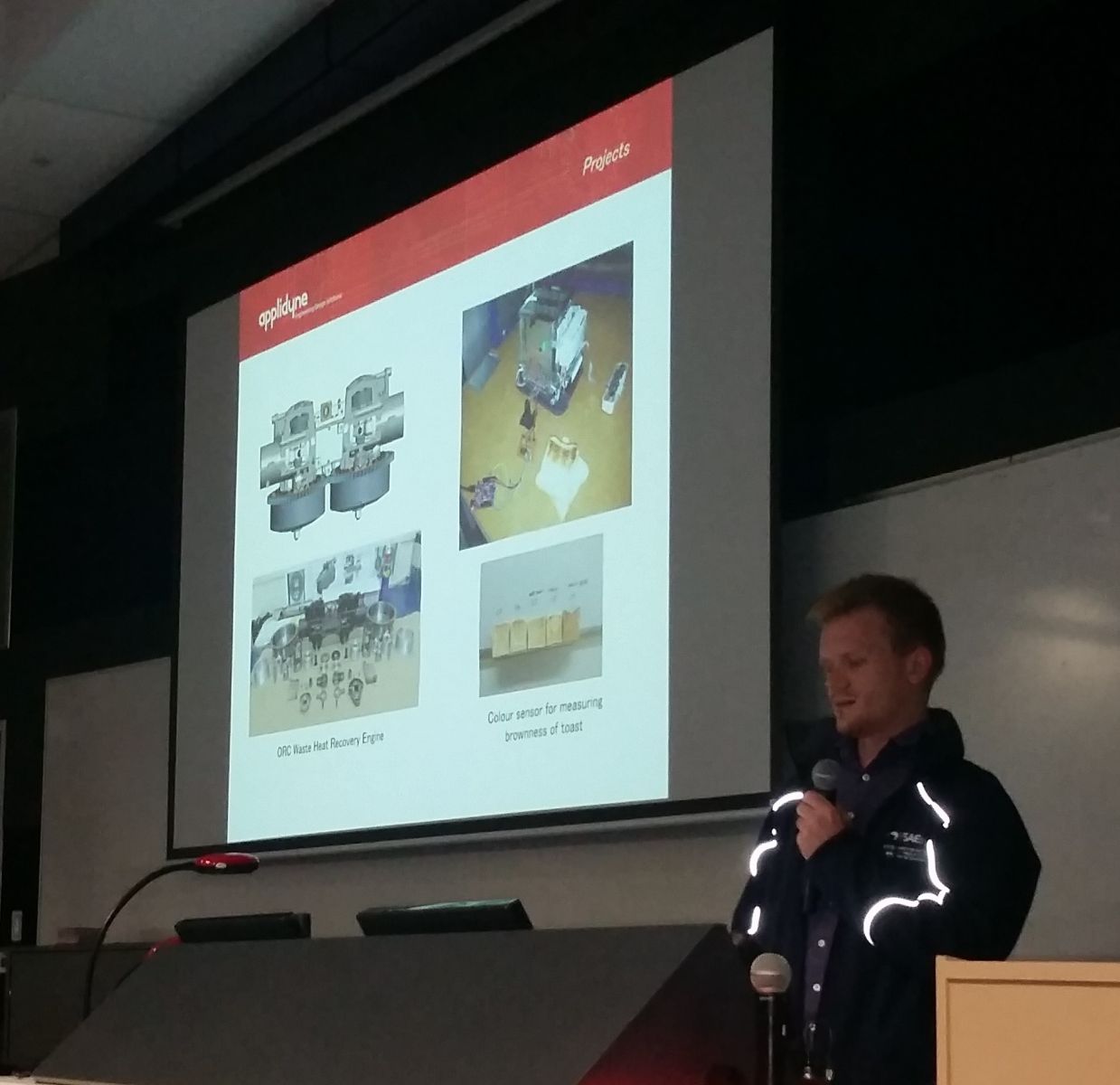 Applications for the 2017 Applidyne Engineering Design Scholarship are now being taken.

University of Auckland Graduate Kade Turner was invited to talk with University of Adelaide students about his experiences at Applidyne as the 2014 Applidyne Engineering Scholarship winner.

Kade told students of the types of work Applidyne has been involved with over the years before touching on projects he personally has been involved in as the 2014 Scholarship winner. After successfully completing his work placement in 2014/2015 summer holidays at Applidyne Kade returned to Auckland to complete his final year of study. He has since returned to Applidyne after accepting a graduate position with us late last year.

For more details on the 2017 scholarship and an application form please follow the link.