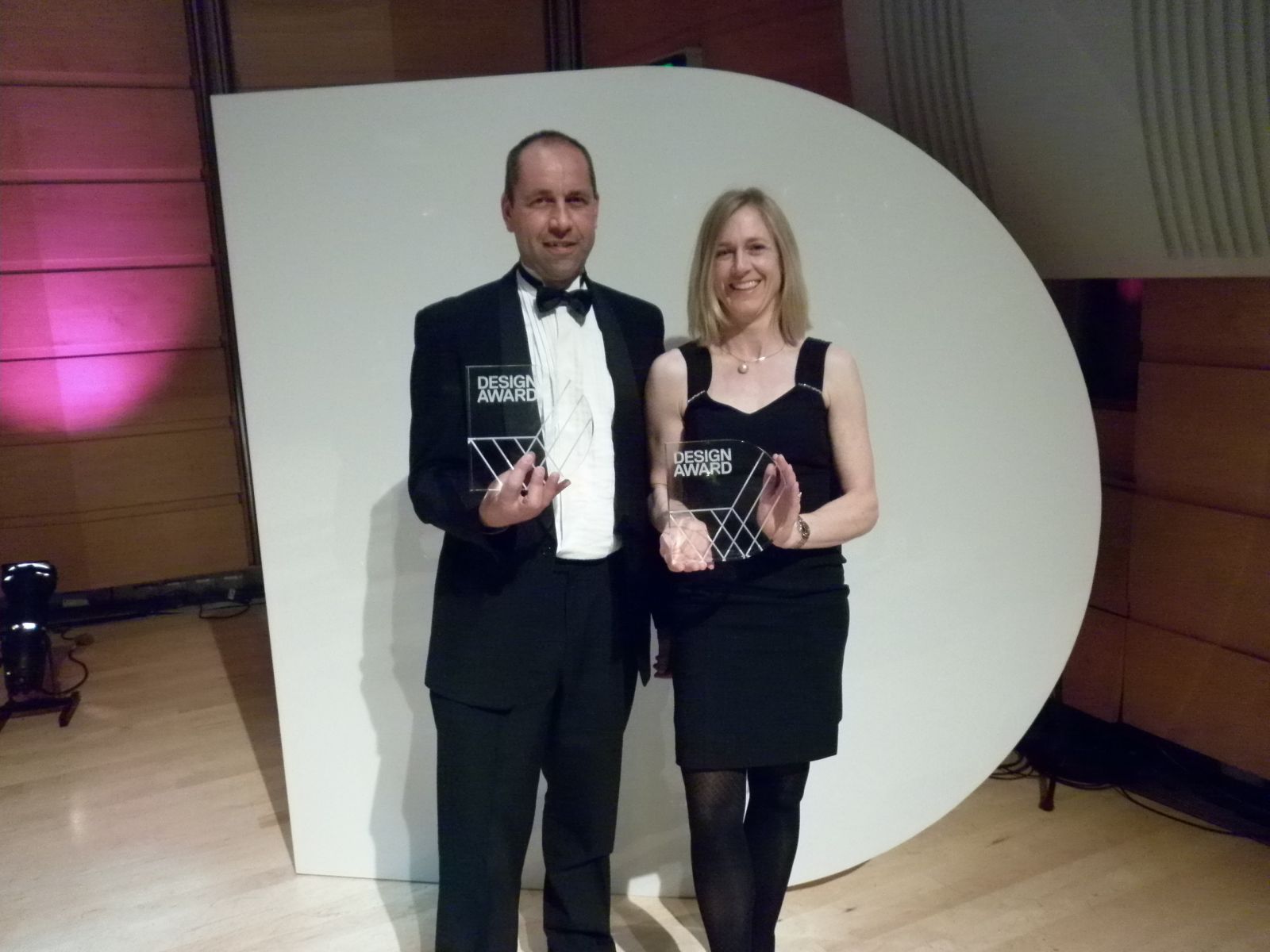 The Awards presented at Sydney’s City Recital Hall Angel Place on Friday 20 July saw the Applidyne/MineLab/Cobalt Niche entry walk away with two of the prestigious awards, the best in category for Business and Technology and the inaugural Patrons Award.

Applidyne Director, Paul van de Loo pictured left with his wife Sue attended the black tie event in Sydney. Mr van de Loo was quoted as saying it was quiet an honor to have received the awards.

Mr van de Loo said he felt particularly honored to have been awarded the inaugural Patrons Award introduced to ‘recognise and celebrate the best Australian designed product or service that has the potential to positively shape the future economic, social, cultural and environment aspects of our planet.’

The award chosen by the Patron of Good Design Australia, His Excellency Mr Michael Bryce was dedicated to Sapper Darren Smith, Sapper Jacob Moreland and Sapper Smith’s bomb detector dog Herbie who were killed by an improvised explosive device in June 2010 in Afghanistan.

His Excellency acknowledged in his presentation of the award that the MineLab F3 Mine detector was a fitting example of a product with social responsibility and humanitarian values at the core of its design, with great potential to save lives.

Video footage of the Mr van de Loo and MineLab representatives Simon Mazurek and Lawrence Stamatescu receiving the Patron’s Award can be seen on the Good Design Website. Articles on the F3 Compact’s win were also written in The Advertiser and The Sydney Morning Herald, follow the links to read more.