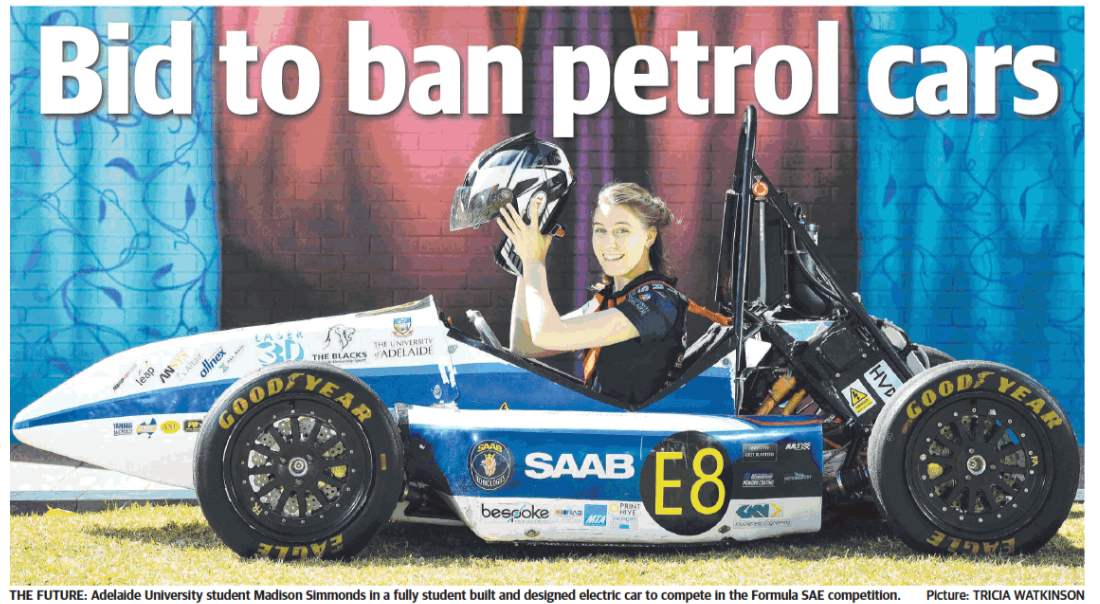 The article which was primarily about the bid to move sales of Australian vehicles away from petrol cars to electric vehicles was an opportunity to show of the Adelaide Uni team’s 2018 car which successfully competed at Winton Race track late last year.

Adelaide University is one of the two teams Applidyne currently sponsor in the Formula SAE competition with staff also lending their support and guidance to the Uni SA Team. To learn more about the two teams go to their websites at Adelaide Uni Motorsport team or UniSA Motorsports team.