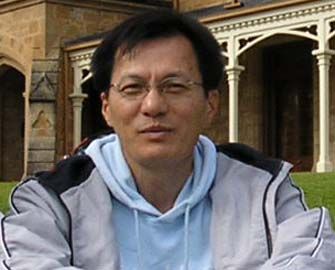 Applidyne, is very pleased to announce that Gilbert Han, Senior Electronics Engineer, has joined the ranks. Gilbert joined Applidyne within weeks of emigrating from Korea with his wife and children. He left a 20 year career with LG for “a life with more space, fresh air and better schooling opportunities for the children”.

His last six years were as the Chief Research Engineer in the home network team. There he was involved in designing, developing, verifying and producing embedded web servers for air conditioners and washing machines, and low speed PLC modems RF modems and remote controllers to control and monitor home networks.

For 14 years prior to this, his work at LG was in the digital appliance lab where he was the Senior Research Engineer. His project experience there involved undertaking the circuit design, PCB artwork, micro controller programming and cooking tests on auto sensor microwaves. He also worked on an inverter microwave oven; combination cooker; induction heating jar; inverter ballast for fluorescent lamps and inverter washing machines, fridges and air conditioners.

Asked what he finds most different about working in Australia, Gilbert replied with the different styles of management, where in Australia more emphasis is put on self management and prioritising. Gilbert has quickly become an integral part of Applidyne’s electronics division and we look forward to applying his skills on many varied and challenging projects in the future.