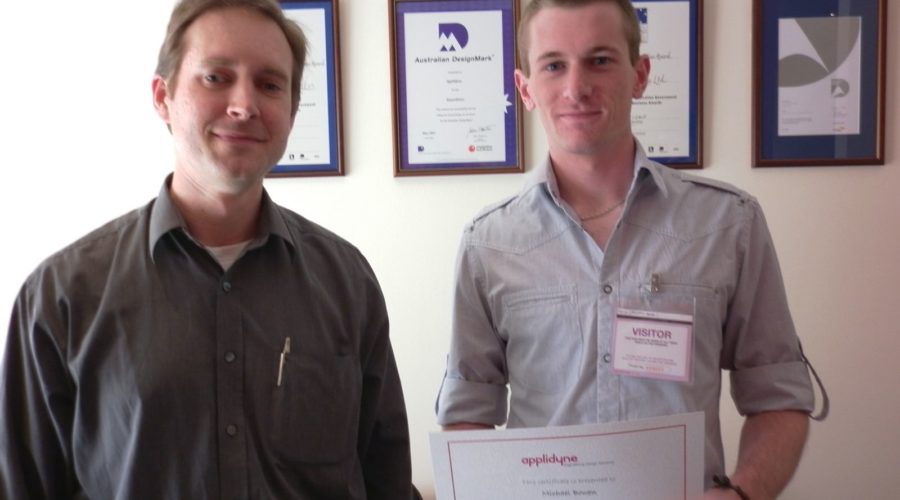 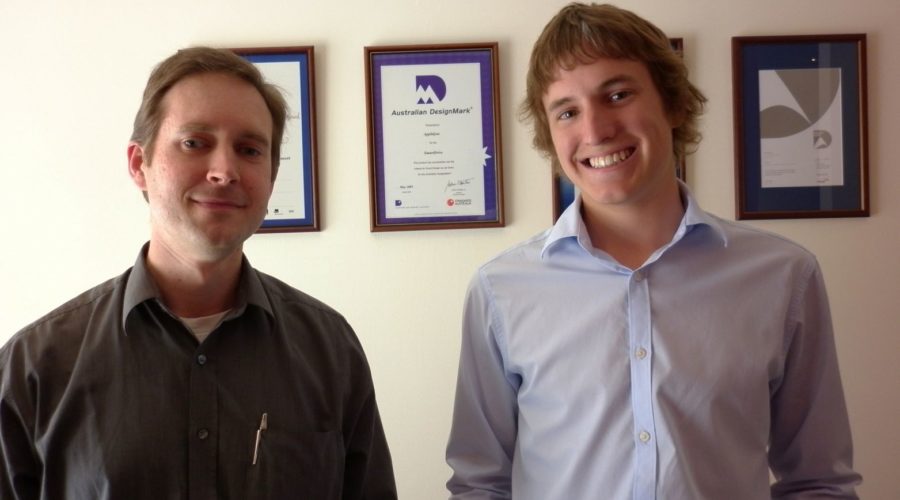 The 2010 Applidyne Engineering Design Scholarship has been awarded to joint winners Michael Bowen and Matthew Higgins.

Michael and Matthew both University of Adelaide students in their penultimate year of a Bachelor of Engineering, have each presented with a certificate and Cheque for $3,000 at a  small gathering at the Applidyne Australia offices at Thebarton on Wednesday 20 October 2010. The scholarship winners will also participate in a work experience placement over the December – February period of their University Holidays.

Both students who were deemed equally worthy winners of the 2010 Applidyne Engineering Design Scholarship were selected from a number of University of Adelaide students who after sitting a Scholarship Test, were then interviewed by a panel of Applidyne Australia staff and then made presentations for an ‘Invention test’.

Michael Bowen (pictured left with Applidyne Australia Engineering Manager Michael Prenzler) joins Applidyne as a recipient of The University of Adelaide Principal’s scholarship in 2008, Dux of Urrbrae Agricultural High school in 2007 and Mortlock Scholarship recipient in 2007, 2006, 2005 and 2002.

Matthew Higgins (pictured left with Applidyne Australia Engineering Manager Michael Prenzler) joins Applidyne as a recipient of the Dean’s Merit Certificate for Outstanding Academic Achievement in 2009, Rotary Club of Alice Springs John Hawkins Memorial Tertiary Scholarship in 2008, Dux of OLSH College Alice Springs in 2006 and is currently a participant in the Gold Award for Duke of Edinburgh Awards.

Applidyne look forward to welcoming the students on board for the work experience component of their Scholarship in late November after completing their University exams.